The easiest pattern type is a single-colour such as a wood or textural fabric that you only want to have one colour palette option for. While these are the easiest types of textures to make into patterns, you do still need to adjust them for them to look good in-game. 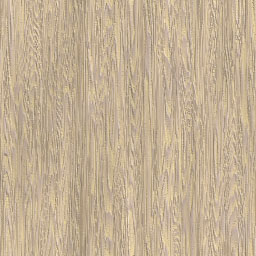 For my example, I will be using a wood texture that I generated using the very cool (and free) program, Wood Workshop. It's automatically seamless, and thus will be really easy to convert.

If your image is not already seamless, then now is the time to convert it to seamlessness. See: Tutorials:Seamless Textures for instructions.

Once your image is seamless, resize it to 256x256, the size used by the game's patterns. If you're using Photoshop, make sure to change your resize type to Bilinear for best results. 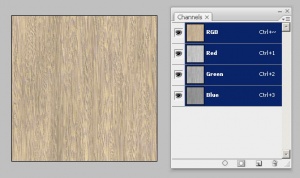 Open up your seamless image in your graphics editing program.

Then bring up the Channels window. In Photoshop, this can be done by the Window menu -> Channels.

You can see here how my image has separate channels. RGB shows all three channels together and is the full image as you normally see it. You can also click on each of the separate channels in the list (red, green, and blue) and see them individually. They will usually look like varying greyscale versions of the same image. 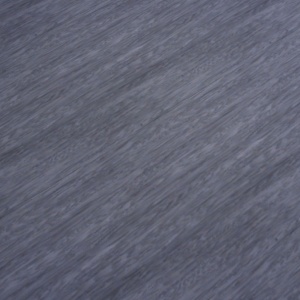 Now, -could- you just import this image straight into the game with no changes? Sure, but it wouldn't look very nice. See this image to the right?

That's the wood image, imported straight into game with no changes. And while it doesn't look horrible, it doesn't look great either. That image there is with the colour set to fully white. It should be nice and bright white, but instead it's very washed out and grey, with no areas that are even close to white. And if it were colour-slidered to dark in Create a Style, it loses detail very fast, becoming dull and uninteresting.

So it will need to be adjusted. 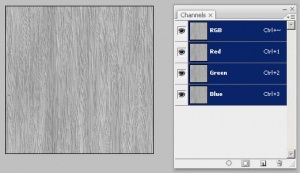 The first thing is to desaturate the image, so we have a black and white version of it. In Photoshop, this is done by Image - Adjustments - Desaturate.

You'll see that all the channels go greyscale. This gives us a "pure" version to work with on all of the channels - if you were starting with, say, a green fabric, the red channel might not have much on it, so we need all the channels to be the same neutral greyscale version of your texture.

Select the Red channel in the channels window.

Then, bring up the Levels adjuster. In Photoshop, this is Image - Adjustments - Levels. Pull the sliders in the top area around and get a feel for how the tool works. Generally you want both sliders to be somewhere within the large chunk of black.

The idea here is to create greater contrast, so that there is some pure white and that most of the image is fairly light, but also lots of midtones and some dark areas too. Try to adjust it so that it looks like you would want in-game if the colour was set to fully white in Create a Style.

You only need to do this for one channel if you're doing a single-colour pattern. While there is still stuff in the green and blue channels, we can basically ignore it (since the game will too).